The great German bank holiday on 3 October is celebrated in commemoration of the anniversary of the entry into force of the Reunification of Germany in 1990. This historic event marked the end of the division of the country after the fall of the Berlin Wall, and the reunification of the former Democratic Republic (eastern sector) and the Federal Republic (western sector).

Ceremonies and festivals are held throughout the country to celebrate this event, one of the most important dates in Germany's history. In the capital Berlin, the Brandenburg Gate is the epicentre of the official events, but other major cities such as Hamburg, Munich, Cologne and Frankfurt also organise a wide variety of shows, exhibitions and concerts. It also coincides with the end of the world-famous Oktoberfest, which is usually attended by 6 million people.

Today it is possible to celebrate German Unity Day thanks to the commitment to freedom, democracy and human rights that many people and countries made in 1990. Read on to find out more about this historic event in Germany.

Unity Day is a big celebration in Germany, to which all citizens are invited. That is why it is one of their national holidays, on which no work is done. Every 3 October the country celebrates how unification came about and how it has evolved together since then, maintaining the values of unity, freedom, tolerance and humanity. The national sentiment on this day is at its peak.

The main reason of why is German Unity Day celebrated is to remember the drama that people experienced while they were separated into two states for half a century. This is the focus of all the official events, which mainly take place in Berlin on the esplanade in front of the Brandenburg Gate.

The festival is also marked by the Burgerfest, a citizens' festival presided over by the Federal Council, which takes place in a different city each year. German citizens live traditions, dress up in the typical costumes of each region, and there are big meals with family and friends. Of course, beer is drunk as toast.

In addition to the official events, painting, art, film and music also take centre stage. The German rock band Scorpions lead the soundtrack to this historic event with their "Wind of Change", a song of hope and harmony, as do the British band Pink Floyd with their album "The Wall". Many artists have been inspired by the struggle of human beings to be together and put an end to the separation of the Wall: David Bowie with "Heroes", Elton John with "Nikita", Nena with "99 Luftballons", Sex Pistols with "Holidays in the sun", or Nino Bravo with "Libre".

And as audiovisual testimonies of that time remain "Goodbye, Lenin!" (2003, Wolfgang Becker), "The Lives of Others" (2006, Florian Henckel von Donnersmarck), or "Wind of Freedom" (2018, Michael Herbig).

Every celebration in Germany needs good food and beer! So the big question is, are shops open on German Unity Day? The answer is yes, all shops will be closed except for those within major train stations. But everything else - sights, restaurants, bars, cafés - has public holiday schedule.

Don't worry because, although most shops are closed, during Unity Day there are festivals and open food markets in every town. Here you can sample local dishes. Here are the ones you can't miss:

Bratwurst, the most famous pork sausage. 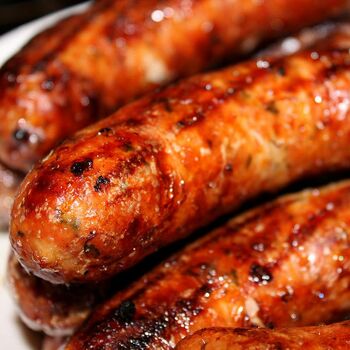 Blutwurst, another kind of sausage made from the blood of pigs or geese. 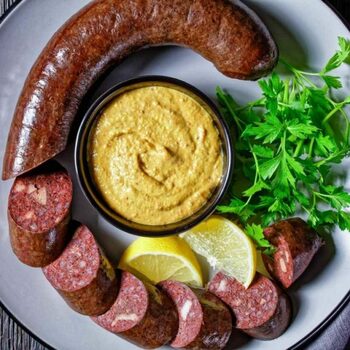 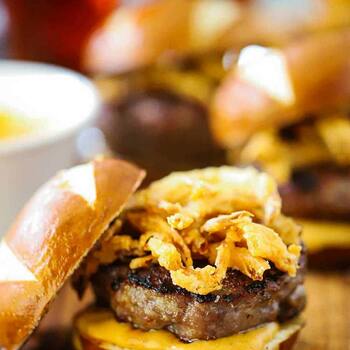 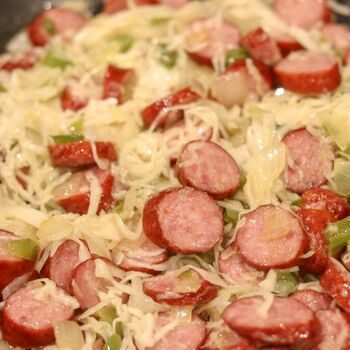 Fleischsalat, a german meat salad that uses ringwurst (bologna) instead of ham. 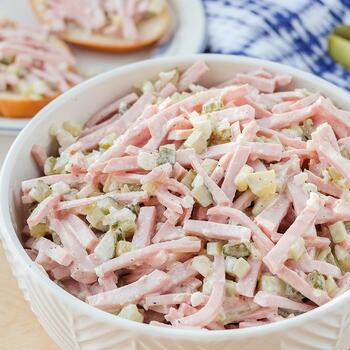 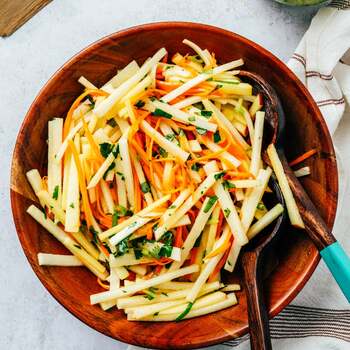 Pretzels, in all textures, flavours and toppings 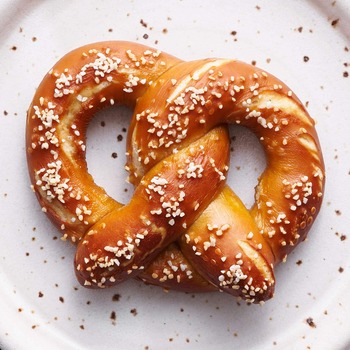 Are you full or do you have room for dessert? The classic Kaffee und Kuchen includes a large cup of coffee accompanied by one of these sweet treats:

Butterkuchen, a butter and almonds cake recipe that even a German Grandma loved! 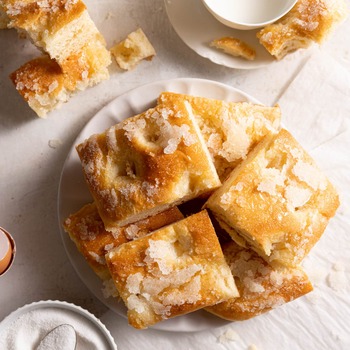 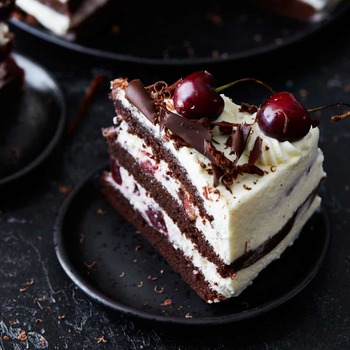 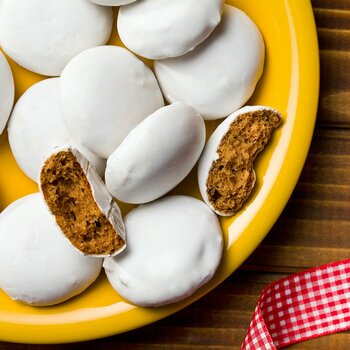 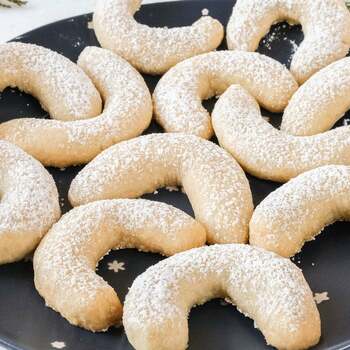 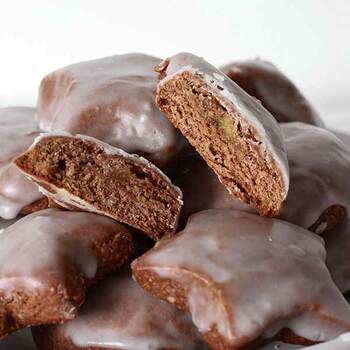 To understand the celebrations on 3 October it is necessary to review the dates of the historical events that took place before and after.

We go back to 1949 as, as a consequence of the Second World War, Germany was divided by the "Iron Curtain” separating the country into a Soviet-ruled and an American-ruled part. The element that made this permanent limitation of German life visible was the construction in 1961 of the Berlin Wall, which for 28 years separated the capitalist sector from the communist sector in order to prevent the mass flight of the population.

The fall of the Berlin Wall on 9 November 1989 marked the end of the Cold War and the beginning of German reunification. This period of peaceful transition from authoritarian rule to democracy in the GDR is known as the Wende or Wendezeit. The Unification Treaty was finally signed on 20 September 1990, and then 3 October was declared a national bank holiday to commemorate it.

In addition to the historical facts about German Unity Day, here are three other interesting things and accidental events about the most important date in the German calendar.

Was brought forward by one month

Unity Day was supposed to be celebrated on 9 November, the date of the fall of the Berlin Wall, but on this day there were other not-so-good historical events that Germans do not want to celebrate. In 1918 government minister Philipp Scheidemann proclaimed the creation of the Republic from a balcony of Berlin's Stadtschloss, a crucial act in Germany's transition from monarchy.In 1923, Hitler and the NSDAP attempted to seize control of Munich. And in 1938, also on 9 November, the horrific Kristallnacht (Night of Broken Glass) took place and the Nazis carried out a vicious attack, killing hundreds of Jews. 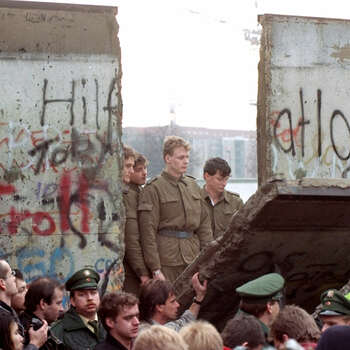 Tried to be changed to an ordinary day

In order to reduce the number of national holidays for economic reasons, Chancellor Gerhard Schröder proposed in 2004 to move the holiday to the first Sunday in October. This would mean that Germans would lose a non-working holiday. The proposal was obviously unsuccessful and the holiday remains on 3 October every year, whatever day it falls on.

putin and Merkel, in the same place at the same time

From 1985 to 1990, vladimir putin served in the local Soviet intelligence office in Dresden. And until 3 October 1990, Angela Merkel worked for the last socialist government. After joining the "Democratic Awakening" political movement in early 1990, the future Chancellor was appointed deputy spokesperson for Lothar de Maizière, the last East German leader, in the same year. 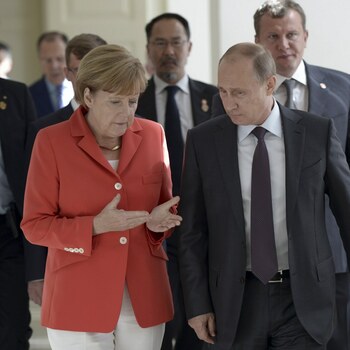 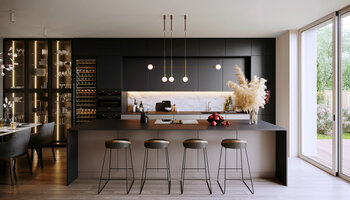 IKEA Kitchens – How Much do they Cost to Remodel and How Long do ... 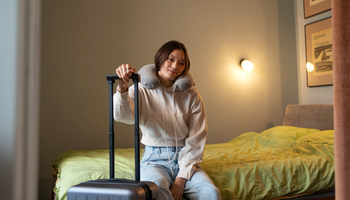 Reverse culture shock: what is this and how do you deal with? 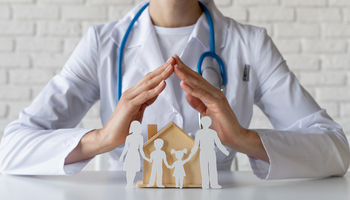 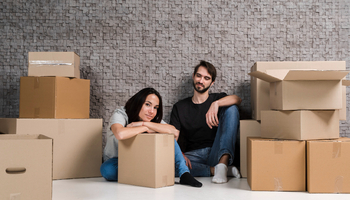 10 reasons why you should hire a moving company 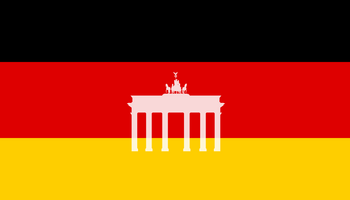 5 Cool Resources that Indians Living-in / Moving to Germany Must Kn... 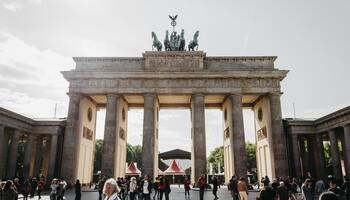 How can I become a German citizen?